We Were so Close – Latest single from Soren Reiff

Soren Reiff – Danish guitar player, producer, composer & author: I’ve been professional guitar player for more than 25 years. Soren has been playing in house bands on TV, on tons of sessions and major tours and also been working as Musical Director live and on TV-shows.

Soren Reiff has been working as musical director on numerous of TV-shows. This have led him to play with stars like Chaka Khan, David Sanborn, Mark King and many more. Since then he has also been composing and producing music and tracks for tv, radio and albums.

Before Soren Reiff started working as a producer and Musical Director, he worked as a professional guitar player. This includes tons of sessions, major tours and in house bands on hundreds of TV-shows (“Husk lige tandbørsten” a Danish version of “Don’t forget your toothbrush” and “Meyerheim & co.” a Danish version of “The Late night show”).

In 2004 Soren had his debut as a writer with his first book “Reiffs riffs”, concerning how to play guitar solos – now he has five books published. Four of them are about guitar playing – two on soloing and two on rhythm playing. His fifth book is about the music industry and tips on how to do a good career in the business.

Together with Thomas Scarbee, Soren is part of the team that made the guitar-sample library for Native Instruments called “Funkguitarist”. He played all the samples and participated in developing the product. So if you need some funky rhythm guitar parts you can always look after this plugin or call Soren for a session here.

Soren Reiff Guitar Club covers a lot of different formats. Guitar Camps, Club Sessions, workshops, clinics, my video tutorials and much more. I’m allways trying to develop new ideas or formats. Please follow me on my SoMe sites to be updated with my work.

The interest and response to my Guitar Camps has been quite overwhelming. A Guitar Camp is intense and targets teaching for a small group of enthusiasts – usually 4 to 6 people per camp. Till now most of the Guitar Camps, has been in Denmark and in Danish. But I will be doing camps, workshops and clinics in English in 2023 in Denmark. Some extended Guitar Camps (3-5 days) with teaching in English.

END_OF_DOCUMENT_TOKEN_TO_BE_REPLACED

These video lessons the Pentatonic Practice Session (in English) and Pentaton Øvesession (in Danish) are the ultimate practice tools if you want to be able to play the pentatonic scale effortless all over your fretboard. 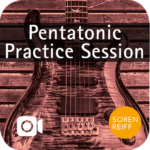 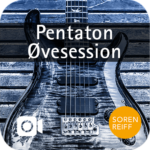 High quality tutorial from Soren Reiff with accompanying sheet music and tabs. You will also get play-along tracks and notes i PDF format. These tutorials are produced for www.sorenreiff.com and they can not be purchased anywhere else. END_OF_DOCUMENT_TOKEN_TO_BE_REPLACED

My guitars and gear

My main guitar for 95% of what I’m doing these days is my custom made Greenriver Strat “Vanilla” – handcrafted in Denmark.

I love my PRS guitars, and enjoy digging into new gear, pedals and amps here you can read more about what I have up running at the moment.

END_OF_DOCUMENT_TOKEN_TO_BE_REPLACED

You can either book me for Sessions, Masterclasses, Workshops, Logic and Music production courses, Band-doctor or Lectures.