Dear guitar friends – I want to hear your opinion about an issue I’ve just become aware of … an issue that really started to drive me crazy. I’m thinking about volume and wah problems … It is perhaps a bit nerdy but let’s geek out and enjoy it.

Here’s my volume and wah problems

The angle and the action on my wah pedal has always seemed very natural and as it should be. Maybe I needed a bit of time getting used to the new feel, when it was mounted on my board that’s angled, but it felt natural pretty fast.
But the angle and the action on my volume pedal has always seemed a little to big for me. After it was mounted to my board, I think the problem has increased. Many years ago I decided to drop my high-heeled boots and wear something more neutral, but now I miss the high heels when I want to turn the volume all the way down (which the guitarists usually don’t do very often), but it happens every now and then (yes, when somebody place difficult sheets in front of you … or when we need a break). 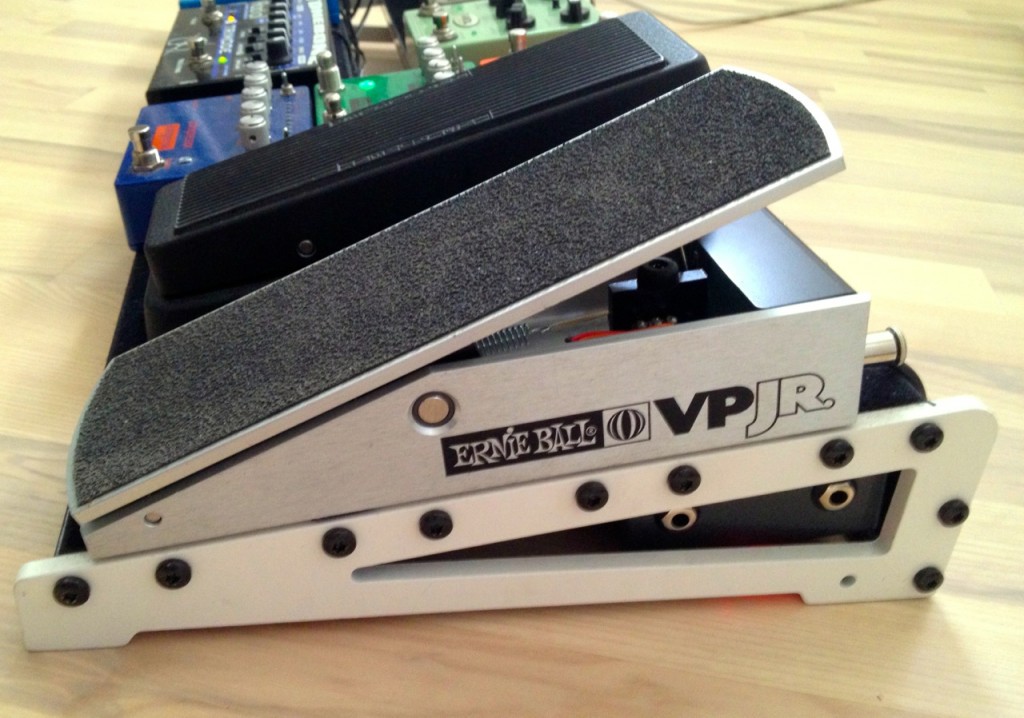 After I became aware of this I tried to put something under the volume pedal in the ” heel-position” so the action became smaller, and it felt really really fine and natural, to stop a bit earlier, except for the fact that now the volume isn’t turned all the way down.

So here’s the questions

Since almost every pedal board has an angle the problem becomes even bigger when you mount you volume pedal to a board … but is it just me that think the action on EB’s volume pedal … and some other brands as well is to big and annoying? Do you just love it and appreciate it? … Or what do you do?

When I became aware of this issue, I went to my storage and found my old Vox Tonelab board. The Tonelab has two expression pedals – the first I used as wah and the other as volume pedal. Maybe the action is less than the “normal” volume pedal standard, but to me it feels better and natural.

Maybe I should just cut the outer part of the Voxboard and move the volume/expression pedal to my active board … it should be possible for the right person .

Hope some of you will share your thoughts and experiences about this with me here.

Have a wonderful weekend

15 Replies to “Volume and wah problems”